Pyeongchang 2018: Everything You Need To Know About Bobsleigh

One of the most popular sports at the Winter Olympics, the bobsleigh events will be among some of the most fiercely contested in PyeongChang when the Games get underway in February. When most people think of bobsleigh the image from the popular cult film Cool Runnings springs to mind, of four people hurtling around a track in a metal sledge. 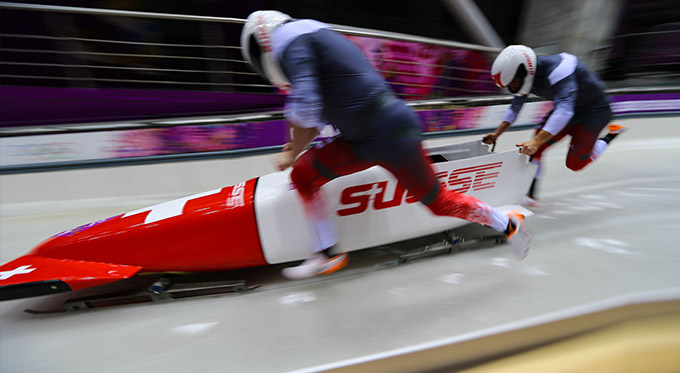 However, there is a lot more to it than simply sitting down and hoping for the best. With bobsleighs reaching speeds of up to 93mph it takes a great deal of skill and strength to be able to effectively control the sleighs and has seen people suffer very serious injuries in the past.

Bobsleigh has been an event in the Winter Olympics ever since the first-ever edition of the Games back in 1924 and has seen athletes from a whole host of countries take part over the years. The event consists of teams of two or four making timed runs down a narrow and twisting ice track with the times then combined to give an overall score. The team with the fastest time wins.

The fastest ever bobsleigh time at the Olympics was recorded at the 2002 Winter Games in Salt Lake City when the USA’s two woman's team recorded a time of 1:37.76 to take gold, the first time a USA team had won a medal in bobsleigh since 1956.

The most successful nation when it comes to bobsleigh is Germany who have won 21 medals in total, 10 of which have been gold. Switzerland has more medals than Germany with 31 but has fewer gold medals meaning the Germans top the all-time medal table.

Britain sits ninth on the medal table with a total of four medals, and their only gold in bobsleigh came in the two-man event at the 1964 Games in Innsbruck. Anthony Nash and Robin Thomas Dixon were the heroes who made history in that year and the British team heading to Pyeongchang will be hoping they can follow in their footsteps this year. 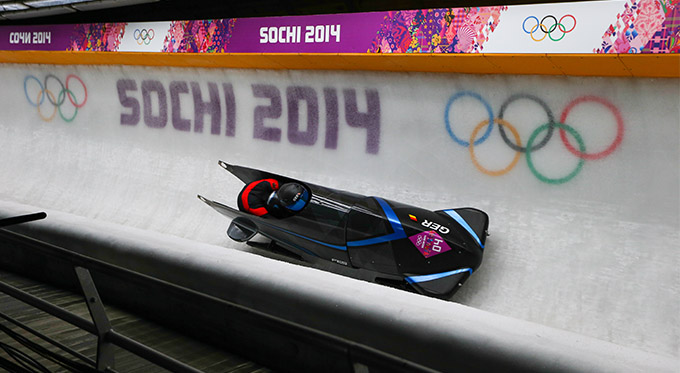 The Great Britain team head into the event in good form as the four men team piloted by Lamin Deen won a silver at the Bobsleigh World Cup in November. The competition will be fierce going into the event in Games with Canada being the team to beat from 2014.

They topped the medal charts with a gold in the two-woman event. This was their only bobsleigh medal, the USA had the most with four (one silver and three bronzes) but failed to score gold. Russia actually would have topped the table as their two-man and four-man teams were both victorious but have since been disqualified and stripped of their medals due to doping allegations. The organisers in 2018 will be hoping there is no such controversy this time around.

Nations will discover on the 18th of January if they have qualified for the Olympics with the top 40 seeds eligible for qualification. One of the biggest stories of the qualification period so far has been the Nigerian women’s team who are on the verge of a historic first appearance at the Winter Olympics should they manage to qualify.

With just over a month to go until the Winter Olympics get underway, now is the perfect time to book an Olympic speaker for your event or conference. For more information on all of the superb winter Olympians we have on our roster, get in touch by calling 0207 1010 553 or complete the online form.