13 Olympians & Paralympians Nominated For Sports Personality of the Year

It’s no surprise then that over a dozen medal-winners from the Games have been nominated for the BBC’s annual Sports Personality of the Year award.

Should any one of them claim the ultimate prize, with 46 Olympic and Paralympic gold medals between them, we at Champions Olympic Speakers believe it will be thoroughly deserved.

To mark this year’s nominations, we’re running through the athletes competing with footballers Jamie Vardy and Gareth Bale, as well as golfer Danny Willett, to be crowned BBC Sports Personality of 2016 on December 18th. 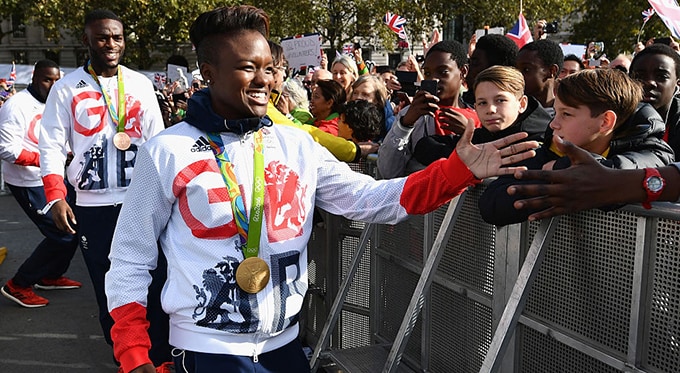 The first-ever female boxing Olympic champion at London 2012, Nicola successfully defended her flyweight gold medal in Rio this summer to become the first British boxer to defend a boxing gold in 92 years. 2016 was a fantastic year for Nicola as she also completed the boxing Grand Slam by winning gold at both the World and European Championships.

One of Champions Olympic speakers, Nicola has come a long way since first getting into boxing as a young girl in Leeds. Overcoming a back injury in 2009 that threatened to end her dream, she has truly dominated her weight division in recent years. 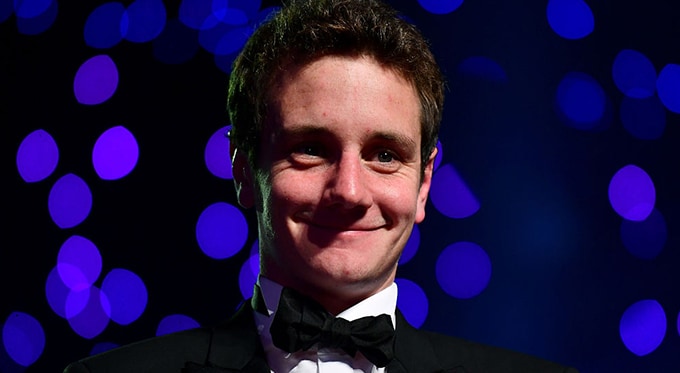 The first man to retain a triathlon gold medal, Alistair Brownlee finished ahead of his brother Jonathan to defend his title. Known for his fantastic sportsmanship, Alistair made headlines earlier this year when, at the Triathlon World Series in Mexico, he sacrificed his chances of winning the race to selflessly help his exhausted brother over the finish line. 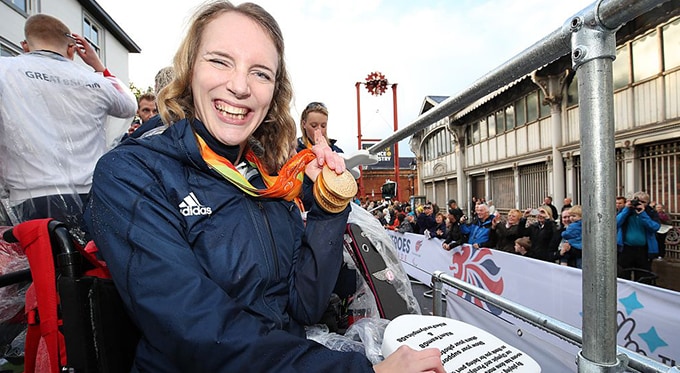 An eight-time Paralympic gold medallist in equestrian, Sophie Christiansen, who was born with cerebral palsy, expertly won the Individual Freestyle, Grade 1A Championship and Mixed Team events aboard her horse Athene in Rio.

2016 was a truly outstanding year for the Berkshire-born rider as she did not finish below second place in any event in which she competed. Rio 2016 was the third Paralympic Games in a row that she has won gold in the Freestyle and Grade 1A Championship. 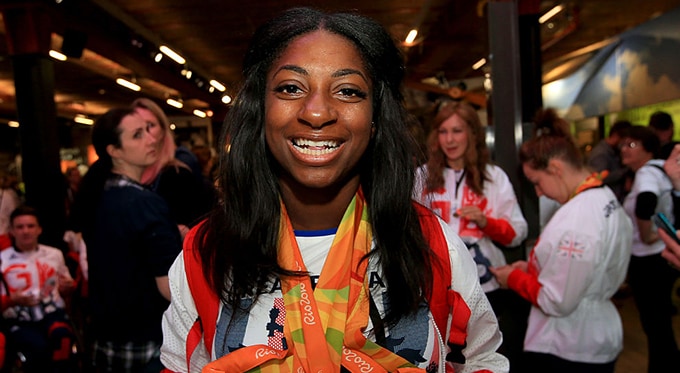 Kadeena Cox holds the unique honour of winning Paralympic golds in two separate disciplines at Rio 2016. The first Briton to do so since 1988, Kadeena was victorious in both cycling and athletics events. She earned track gold in the 400m and in cycling triumphed in the Time Trial.

Kadeena, who suffers from multiple sclerosis, was Team GB’s flagbearer at the Games’ closing ceremony and topped off a fantastic year by winning gold at the Track World Championships. 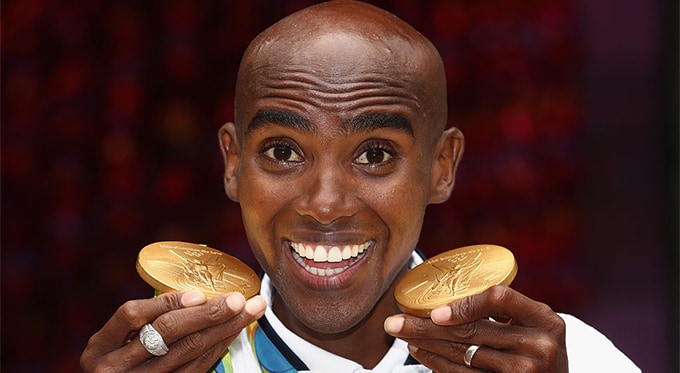 Only the second man in history to successfully retain his gold medals in the 5,000m and 10,000m races, on his way to completing the ‘double-double’, Mo had to overcome a fall early in the 10,000m final, but did not let this phase him as he went on to write his name in Olympic history.

Mo has had a fantastic year, winning the Great North Run for the third consecutive year and breaking the British record for the 3000m. 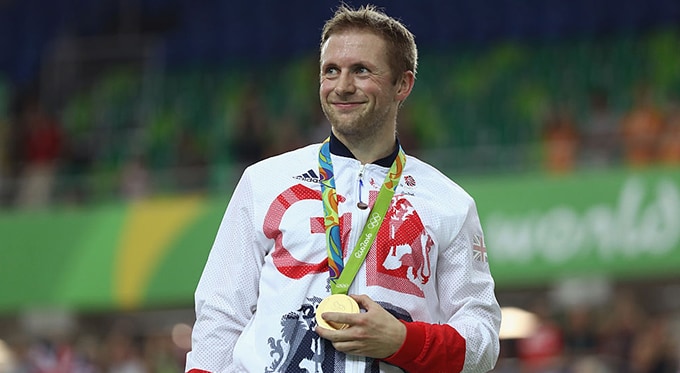 Equalling Sir Chris Hoy’s Olympic gold medal record of six by winning a treble of golds in Rio, Jason won the Team Sprint, Individual Sprint and a Keirin, the latter of which had to be restarted twice.

Jason also won the Men’s Sprint at the Track Cycling World Championships. He has now won the Team Sprint at the last three consecutive Olympics and he and his fellow cyclist wife, Laura, have ten gold medals between them. 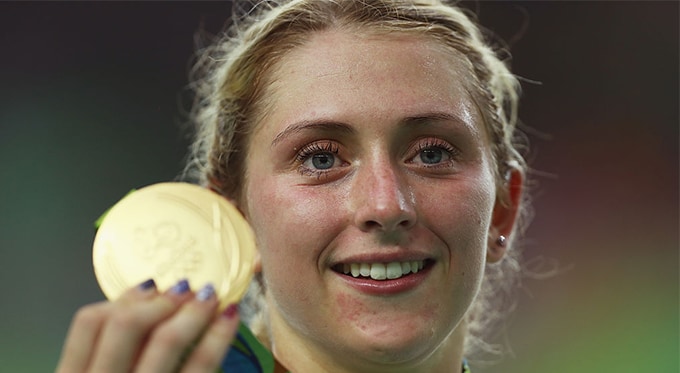 With British Cycling having one of its most successful periods, Laura and her husband Jason have dominated the sport in recent years. 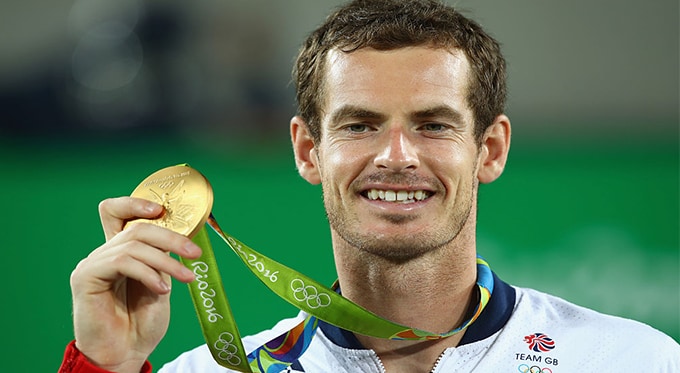 Andy Murray further bolstered the claim that he could potentially be Britain’s greatest ever sportsman with a host of stunning performances in 2016. Retaining his Olympic gold medal after defeating Juan Martin Del Potro, Andy was also chosen as Great Britain’s flagbearer for the opening ceremony.

Winning Wimbledon for the second time, Andy has ended the year top of the world rankings. He has already won this award twice, in 2013 and 2015, and, if he gets a third this year, he will be the first-ever person to win the award back to back. 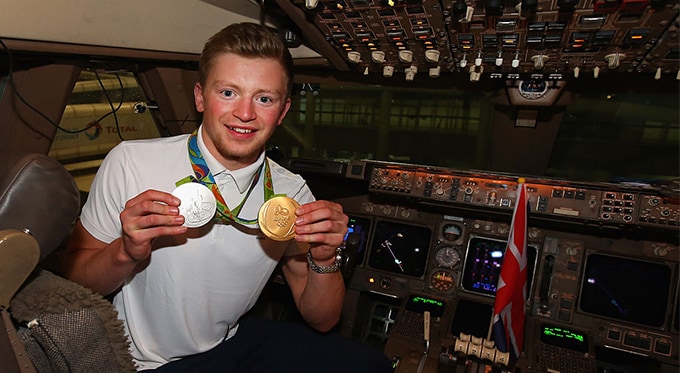 Breaking his own world record to clinch the 100m breaststroke gold medal in Rio, Adam Peaty became the first British man to win a gold medal in the pool for 28 years. Winning four golds at the World Championships in London this year, Adam has become Team GB’s most recognised swimmer and, at such a young age, has many more medals ahead of him. 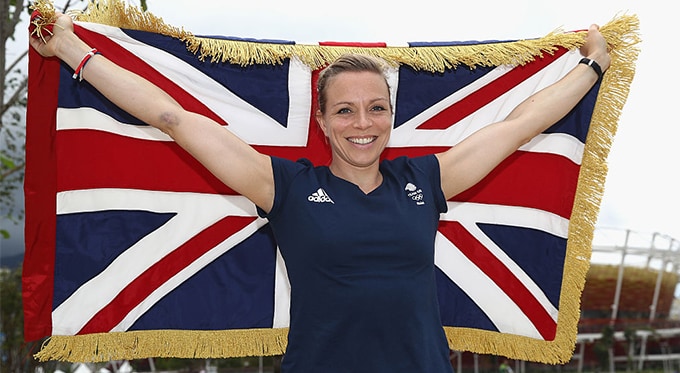 Part of the first-ever British hockey team to win an Olympic gold medal, Kate Richardson-Walsh captained Great Britain in their penalty shootout win over The Netherlands in Rio. Chosen as flagbearer for the Games’ closing ceremony, Kate has contributed hugely to the rise in the sport’s popularity in recent years.

Her wife Helen is also part of the squad, making them the first-ever same-sex couple to win Olympic gold in the same final. If she wins the award, she will be the first-ever hockey player to do so. 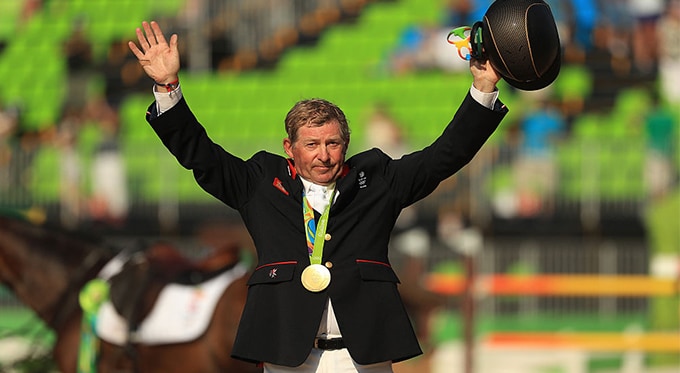 The second oldest Olympian to win a gold medal, 58-year-old Nick Skelton finally won the individual medal he has always craved. Part of the 2012 gold medal-winning equestrian jumping team, Nick went to Rio determined to secure the individual jumping medal. He did just that, vindicating his decision to come out of retirement after initially making the decision to leave the sport when he broke his neck 16 years ago. 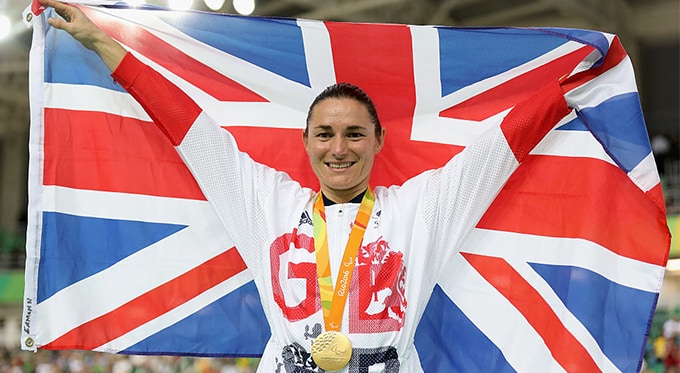 Britain’s most successful ever Paralympian, Dame Sarah Storey won her fourth and fifth cycling gold medals in Rio last summer. Sarah also won six golds in swimming in the early 90s. Born without a functioning hand, if Sarah claims the award she will be the first woman to do so in ten years. 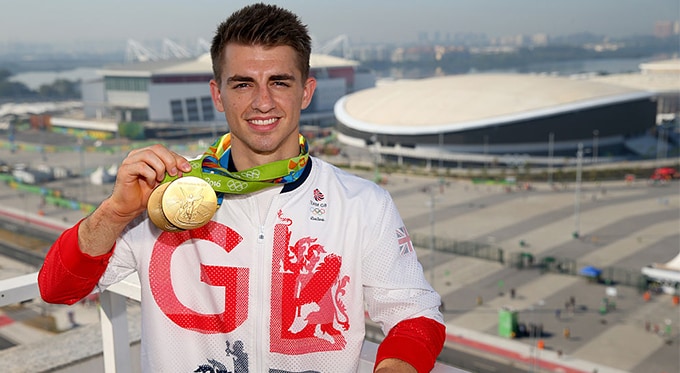 At the same Games, he won Britain’s first All-Round gymnastics medal of any colour in over a century with a bronze.

With Team GB having such a successful summer in Rio, it is hard to separate the contenders as each athlete’s achievements are extremely impressive. Team GB at the top of their game bodes well for the future, with so many of the stars rising above expectations in Rio. The winner will be announced on December 18 in a star-studded event in Birmingham.

Get in contact with Champions Olympic Speakers if you wish to book any of the speakers featured in this post! Contact us by filling out our online contact form or by calling on 0207 1010 553 today.