Alistair and Jonathan Brownlee are the most recognisable sporting siblings on the track, especially after their performance at the 2016 Mexico World Series. When Jonathan started to flag in the final stretch, the physical impact of running long distance taking its toll, Alistair forfeited his gold place victory to help his brother cross the line.

The Brownlee Brothers
Alistair and Jonathan Brownlee are the most recognisable sporting siblings on the track, especially after their performance at the 2016 Mexico World Series. When Jonathan started to flag in the final stretch, the physica 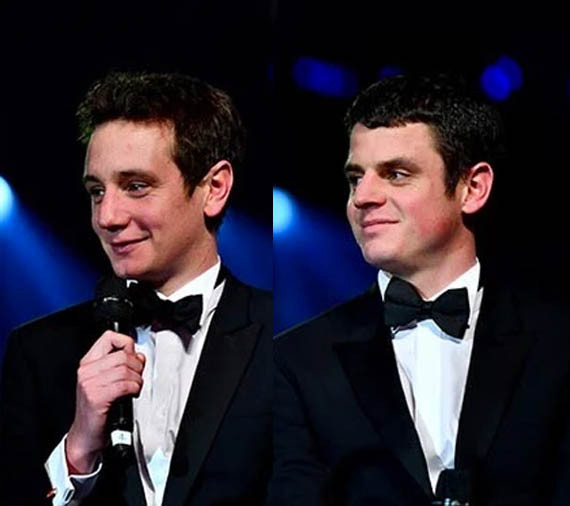 From that moment, the Brownlee’s firmly positioned themselves in the heart of the nation. This act of sportsmanship is a key topic in the brothers’ public speeches, giving their audiences an insight into a moment that was viewed by the world.

Younger than his brother, Alistair is the only British athlete to achieve two Olympic titles in a triathlon event. Starting in 2006, he first competed in the 2006 Corner Brook ITU Duathlon World Championships, the 2006 Autun European Junior Triathlon Championships and the 2006 Lausanne ITU Triathlon Junior World Championships, where he won his first gold medals. At the peak of his career, Alistair’s career led him to compete in the 2012 London Olympic Games and the 2016 Rio Olympic Games, where he secured two gold medals in the triathlon. Alistair’s recent race was the 2018 Gold Coast Commonwealth Games, where he earned a silver medal in the mixed team relay.

For Jonathan, his first race was in 2008, at the 2008 Vancouver ITU Triathlon World Championships. Between 2010 and 2014, he earned seven gold medals in the ITU Triathlon World Championships, before progressing to the 2012 London Olympic Games and the 2016 Rio Olympic Games. Similarly to his brother, Jonathan’s most recent race was the 2018 Gold Coast Commonwealth Games, where he represented Great Britain in the mixed team relay. As speakers, the brothers discuss their highly successful careers, from their early success as junior runners to their Olympic performances.

As Olympic speakers, Alistair and Jonathan can confidently discuss such topics as overcoming physical challenges, the meaning of sportsmanship and competing at an elite level. Integral to a positive workplace culture, their story of sportsmanship over individual gains can positively impact teamwork and interpersonal relationships.

Videos of The Brownlee Brothers

"The kids have been totally inspired by what they've heard today. Jonny made them realise that if they train hard, they too can one day do what he has done"