Ed McKeever MBE is a British sprint canoeist and Olympic speaker who has been the World, European and Olympic champion in the K1 200m kayaking event. As well as his sporting achievements, Ed has a BA Hons in Accountancy and Finance and is well on the way to becoming a qualified chartered accountant.

Ed McKeever
Ed McKeever MBE is a British sprint canoeist and Olympic speaker who has been the World, European and Olympic champion in the K1 200m kayaking event. As well as his sporting achievements, Ed has a BA Hons in Accountancy 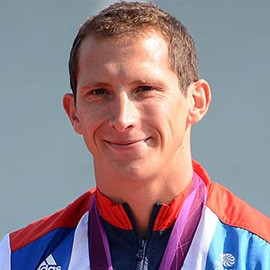 A man of many talents, he is also a speaker of many topics and themes, so is available for a wide range of events. Climbing into a canoe for the first time when he was 12 years old, by the time he was 18 Ed had made his debut for Great Britain at the 2001 Junior World Championships in Brazil, coming in ninth. Two years later he was part of the senior kayaking team that competed in the World Championships in the USA.

Ed’s medal tally is impressive, to say the least – at the 2012 London Olympic Games the Olympic speaker won a gold, which added to the two 2010 golds he won at the World Championships and the European Championships. Additionally, Ed won a gold medal at the 2012 Canoe Sprint World Cup, in the K1 200m event.

In recognition of his services to sport, Ed was appointed an MBE in 2013. As a sports speaker, he discusses his experience of elite competing, taking his audience on a journey through the highs and lows. Charismatic and entertaining, Ed can captivate a room with his stories.