Jack Burnell is an incredibly talented open water swimmer and Olympic speaker, who sees the value of bringing what he learns in sport to the world of business. Having trained in business management, Jack regularly brings what he learns there into the world of sport and the speaking circuit. His passion for sport is infectious, his confident presenting style is enthralling – Jack is a truly talented speaker.

Jack Burnell
Jack Burnell is an incredibly talented open water swimmer and Olympic speaker, who sees the value of bringing what he learns in sport to the world of business. Having trained in business management, Jack regularly brings 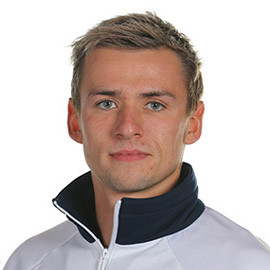 Jack can combine everything he knows about commitment, discipline and hard work to share his knowledge with audiences at events and conferences, who warmly welcome his insight and charming delivery. While at the intensive training centre in Loughborough Jack attended, he has worked with some of the best swimmers in the UK as well as some of the most talented physios, sports scientists and nutritionists. As an Olympic speaker, he expands upon this knowledge to inspire peak performance in his audience.

With his slogan of “if you have a lane, you have a chance, anything can happen!”, this motivational speaker lists among his other key achievements in the pool; coming fourth at the European juniors in Helsinki (1500m), fourth at the European juniors open water in Holland (5,000), second at the USA Open Championships (800m), being ranked second in Great Britain (1500m) and ranked first for his age in the 1500m and open water. An expert in teamwork, corporate audiences benefit from Jack’s knowledge of high-performance teams.

The first British athlete to qualify directly for the 2016 Rio Olympic Games, Jack has also been national youth champion in the 1500m and came eighth in the World Cup series open water in Argentina (10k), third at the Olympic trials in London (1500m), and second at the nationals in Sheffield (1500m). Competing at the top of his sport, Jack discusses the mental and physical benefits of sport, as well as his career story so far.