During his seven years as the Team GB hockey coach, David Bunyan went to appear at two Olympic Games with the men’s team. The Olympic speaker brought more than three-and-a-half decades of experience to the role before joining UK Sport, the organisation that invests National Lottery and Exchequer income into Olympic and Paralympic sport.

David Bunyan
During his seven years as the Team GB hockey coach, David Bunyan went to appear at two Olympic Games with the men’s team. The Olympic speaker brought more than three-and-a-half decades of experience to the role before jo 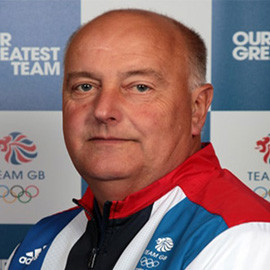 As a speaker, David can explore the methods that produce high performing teams, inspired by his own experiences as an Olympic coach. Recognised as one of the UK’s best hockey coaches, David is equally at home working with budding hockey players in schools, top players in local clubs and international teams – for a while, he even worked with the Welsh national squad.

He has also supported more than 20 leading coaches who operate within Olympic and Paralympic sport. For corporate audiences, David’s mentoring can improve the way that manager’s lead their teams, to value their employee’s capabilities and nurture a team dynamic.

The Olympic speaker worked feverishly for nine years as coach of Canterbury, leaving that role in 2001 but staying on as director of hockey. The following year he joined Holcombe Hockey Club which was in the South Premier League at the time.

David Bunyan is well respected and received as a speaker due to his ability to relate stories from the sharp end of Olympic coaching, with business audiences. He is also able to pass on useful tips and advice on how to cope under pressure, and how to work with and motivate people, bringing out their full potential.