Medal winner Brian Jacks is probably best known to UK audiences for his performances on the Superstars TV programme. On the show, he won the 1979 and 1980 British Finals, the 1979 European Final, the 1980 British Final and the 1980 International. Now a popular Olympic speaker, Brian discusses the traits essential to sporting success, including maximising success and peak performance. 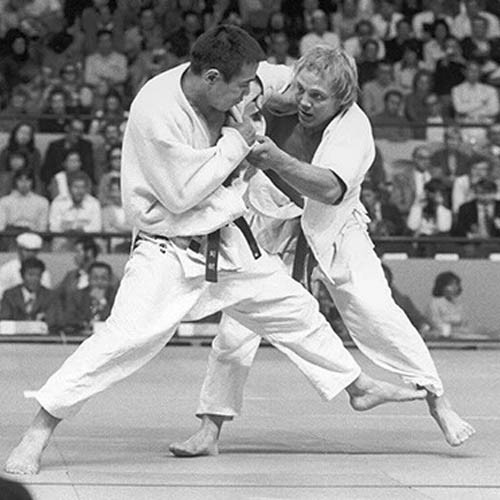 Brian became well known for his incredible performances on the parallel bar dips and squat thrusts, as well as cycling, canoeing and weightlifting. Brian is so popular that he has two computer games named after him – Brian Jacks Superstar Challenge and Brian Jacks Uchi Mata.

However, the Olympic speaker’s career began well before he became a TV sensation. At the 1972 Munich Olympic Games, Brian won a bronze medal where he lifted his usual weight of 80kg, in Judoka. In the European Championships, he won a bronze medal in 1964, a silver medal in 1965, bronze in 1967, gold in 1970, bronze in 1971 and gold in 1973. In the 1967 World Championships in Salt Lake City, Brian earned a bronze medal. As a sports speaker, he reflects upon his journey to success, encouraging an improved perspective of teamwork in his audience.

After he retired, Brian ran a martial arts club before renting out bouncy castles. These days when he’s not doing Olympic speaker engagements, he can be found in Thailand, where he owns 69 self-designed apartments which he has rented out to such celebrities as snooker player Jimmy White and Patrick Murray from Only Fools and Horses. As a man of many talents, Brian can confidently discuss business strategies as well as his experience of competitive sports. Perfect for a corporate audience, his insightful speeches are a hit with business owners and athletes alike.