As a competitor for Scotland, Olympic speaker and curling specialist, David Murdoch has won seven gold medals, four silvers and four bronzes. Arguably the most notable is his memorable silver medal at the 2014 Sochi Winter Olympic Games held in Russia. Just 12 days after this career-defining event, David lost his father, putting competitiveness and success into a new perspective.

David Murdoch
As a competitor for Scotland, Olympic speaker and curling specialist, David Murdoch has won seven gold medals, four silvers and four bronzes. Arguably the most notable is his memorable silver medal at the 2014 Sochi Wint 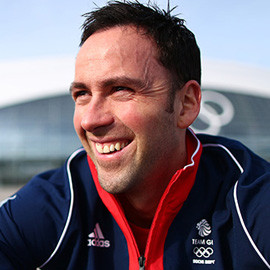 In this role, he developed skills in teamwork, leadership and personal development, which he expands upon in his speeches. David is a popular sports speaker, booked for a wide range of events. Having travelled internationally to give team-transforming coaching advice, David knows how to inspire an improved perspective in his audience. This Olympic speaker is widely acknowledged as one of the world’s top curlers, making his story of elite sport invaluable.