Ian Rose is a British judoka best known for being one of the nation’s most successful Paralympians of all time in his discipline. Born with childhood eye cancer, this popular Olympic speaker lost his left eye and most of the sight in his right. As a Paralympic speaker, his inspirational story motivates audiences to embrace their own opportunities.

Ian Rose
Ian Rose is a British judoka best known for being one of the nation’s most successful Paralympians of all time in his discipline. Born with childhood eye cancer, this popular Olympic speaker lost his left eye and most of 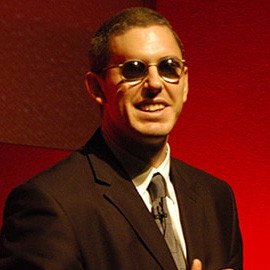 At age seven, following a period of bullying at school, his parents introduced him to judo in order to help boost his confidence. Within three months of taking up the sport, he had an improved sense of self-belief and was a much more determined individual. Ian worked very hard in training and had a real passion to succeed, winning his first medal after two years. His determination and perseverance paid off and he received his first international selection in 1989 whilst still at secondary school.

He competed at the European Visually Impaired Championships, which was a dream come true and also the beginning of his international sporting career. The Olympic speaker went on to win two Paralympic medals, five World Championship medals and four European Championships.

Ian was hoping to represent Paralympics GB at his sixth Games in London, but an injury forced him into early retirement in 2011 after a 22-year international career. As one of Great Britain’s most successful Paralympic judokas, Ian was a torchbearer and opening ceremony performer for the London 2012 Paralympic Games.

Ian is now a dedicated motivational speaker, touring the UK to encourage young people, both able-bodied and disabled, to take up judo and other sports. The extremely personal nature of Ian’s work as an Olympic speaker make his speeches all the more moving and inspiring. His dedication to sport, which he freely admits did not come naturally to him at first, shows not only his determination but personal passion and only serves to highlight his personal strength. Ian is described as a “breath of fresh air”.