Olympic open water swimmer, double World Champion and Olympic silver medallist, Keri-Anne Payne is an inspiration to hundreds of thousands of people, not just those who attend her talks as an Olympic speaker.

Keri-Anne Payne
Olympic open water swimmer, double World Champion and Olympic silver medallist, Keri-Anne Payne is an inspiration to hundreds of thousands of people, not just those who attend her talks as an Olympic speaker. 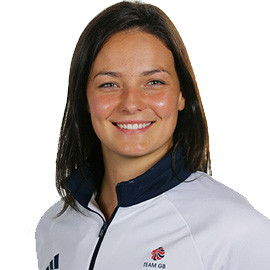 Demonstrating outstanding levels of drive and determination during her career to date, Payne has become one of the most highly sought after speakers due to her amazing attitude to life.

Single-handedly, Keri-Anne has made open water swimming a nationally popular sport, having won the silver medal in the first-ever 10km marathon swim at the 2008 Beijing Olympic Games. A year later, Keri-Anne won a gold medal in the 10km race at the 2009 World Championships in Rome. And two years after that, she repeated the same feat, this time in Shanghai. Being one of the best female open water swimmers in the world, Payne has spent her career dealing with pressure and being under the spotlight from the media. She recognises the importance of dealing with pressure and how it can affect many athletes performances if they fail to do so.

Other successes chalked up by this highly popular Olympic speaker include winning a gold medal at the 2004 European Championships in the 400m freestyle and a bronze at the 2010 Commonwealth Games in the 400m medley. Keri-Anne also won the 2014 LEN (The Ligue Européenne de Natation) European Open Water Swimming Cup Super Final. Having achieved goals throughout her career, Payne is the perfect speaker to discuss success at your event or function.

Keri-Anne is one of the most dedicated and committed swimming athletes. On one trip training for the Olympic Games, she swam 220,000m in three weeks. During the same period, she also spent many hours in the gym, went out running and walked up and down a mountain.

She brings the same level of commitment and professionalism to her presentations, making her the ideal motivational and inspirational speaker for any type of event. With her wonderful knowledge on a range of subjects crucial to business performance, Keri-Anne Payne can provide truly spectacular speeches.