Lee McKenzie is a prolific and highly respected broadcasting journalist. She is famed for presenting Formula One, the Olympic and the Paralympic Games. Having worked for esteemed broadcasting providers such as the BBC and Channel 4, Lee has forged quite the reputation in the media circuit and is hailed as one of the greatest. Recent years have seen Lee diversify her broadcasting commitments, now presenting for a variety of events such as the Six Nations Rugby, Wimbledon and the Commonwealth Games.

Lee Mckenzie
Lee McKenzie is a prolific and highly respected broadcasting journalist. She is famed for presenting Formula One, the Olympic and the Paralympic Games. Having worked for esteemed broadcasting providers such as the BBC an 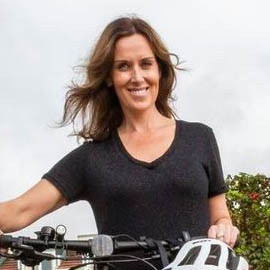 Lee McKenzie is a prolific and highly respected broadcasting journalist. She is famed for presenting Formula One, the Olympic and the Paralympic Games. Having worked for esteemed broadcasting providers such as the BBC and Channel 4, Lee has forged quite the reputation in the media circuit and is hailed as one of the greatest. Recent years have seen Lee diversify her broadcasting commitments, now presenting for a variety of events such as the Six Nations Rugby, Wimbledon and the Commonwealth Games.

Lee’s career started with humble origins, beginning her working career as a journalist. She joined Border TV as a trainee, and from there she continually impressed officials and worked her way to where she is today. One of her greatest claims to fame is becoming the youngest person in the UK to ever present the news, taking to the screens aged just 22 with Border TV. Lee’s journalistic career saw her covering some of the nation’s biggest news stories, such as the Lockerbie Trials and the opening of the Scottish Parliament.

In 2009 Lee began her reporting career with the BBC, lending her talents to pit lane reporting for BBC’s Formula One coverage. Lee also spent time presenting for a number of the channels Formula One programmes, such as the lead presenter on Inside F1 and a guest presenter for the programme at the Japanese Grand Prix. These roles were very prominent in the world of F1, as Lee was the first woman to take the main role in F1 on British TV. Shortly after the BBC lost the rights of F1 to Channel 4, and so Lee moved on to presenting and reporting at events such as the Olympics and Paralympics.

In 2016 Lee joined Channel 4 to continue reporting on Formula One. At Channel 4 she holds a similar role to what she held at the BBC, presenting F1 Meets and practise sessions. When Channel 4 gained the rights to the FIA World Endurance Championship it was announced that Lee would become the anchor presenter of the highlights programme.

Alongside roles in presenting and reporting sports, Lee has also spent time participating in the sport. She competes in the World Rally Championships as an international co-driver, which was initially a challenge from ITV. She was challenged to train to be a co-driver in a short period of time, and she soon found herself achieving an international licence and even winning her class during the Wales Rally GB. Lee also runs her own driver management company, a company which looks after a host of racing stars right from GP2 to World Rally status.

Lee has a broad and diverse history in sports, which gives her reputable qualities for Olympic Speaking. With the knowledge of what it truly takes to succeed in elite sport, Lee is able to inspire audiences of any size leaving any event with a long-lasting impression.