Field hockey player, Susannah Townsend MBE is best known for playing as a midfielder for Great Britain and England hockey. Also famed for Olympic hockey, Susannah is a committed and driven sportswoman with a passion to succeed.

Susannah Townsend
Field hockey player, Susannah Townsend MBE is best known for playing as a midfielder for Great Britain and England hockey. Also famed for Olympic hockey, Susannah is a committed and driven sportswoman with a passion to s 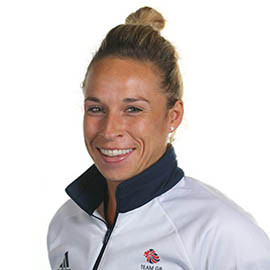 Over the course of her career, Susannah has played 88 times for England and 58 times for Great Britain, earning herself quite the name in the world of hockey. Susannah made her international debut in 2008, claiming a spot on the central squad hopeful of appearing in the London 2012 Olympic Games. Unfortunately, Susannah was not selected for the games, however, she did become an integral player on both the England and Great Britain teams. Described as an agile and passionate player, Susannah has continually turned the heads of fans during her impeccable performances. After showcasing her elite talent, Susannah was awarded Hockey Writers Club Women’s Player of the Year 2014.

After maintaining the highest standard of play, Susannah soon became a pivotal member of the England squad. Her efforts were rewarded in 2016, claiming a place on the England team at the 2016 Rio Olympic Games. This was an incredible experience for Susannah and resulted in a gold medal for the team. Now one of the most experienced players on the England team, Susannah is seen as one of the leaders of the squad and is truly a player to watch.

With over 10 years of experience in international hockey, Susannah has gained valuable qualities that will stay with her for life. In a sport that heavily depends on teamwork, Susannah regularly reflects on the importance of leadership and making sure that each person plays their own part in the team. She also often reflects on what it takes to play elite sports, with drive and determination being pivotal to success.

Susannah is a fierce competitor, and this is something that hockey truly demands. As an Olympic speaker, Susannah is able to deliver speeches on what it truly takes to be an elite sportswoman. Able to cover topics such as teamwork, leadership, overcoming adversity, maximising success and determination Susannah is guaranteed to leave a lasting impression on your audience.

"All I can say is Susannah was excellent! She gave a full and frank account of her journey into intentional hockey, including the low points which showed our girls that it’s not all plain sailing even at that level. She spoke very eloquently, without any visual aids, but never once hesitated or lost her train of thought. The audience were fully engaged with her and were totally fascinated to be hearing a genuine ‘behind the scenes’ account of what it’s like to work for and ultimately win an Olympic gold medal. She was brilliant and I would highly recommend her."