Hannah Moore is best known for her talent in the paratriathlon and is considered to be a 2020 Tokyo Paralympic Games hopeful. Having experienced adversity first hand, Hannah has developed into a strong and driven athlete who is able to take on any challenge that life throws at her.

Hannah Moore
Hannah Moore is best known for her talent in the paratriathlon and is considered to be a 2020 Tokyo Paralympic Games hopeful. Having experienced adversity first hand, Hannah has developed into a strong and driven athlete 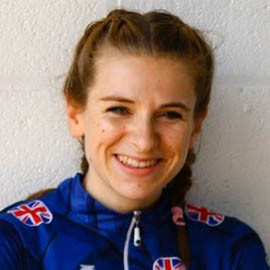 Hannah Moore is best known for her talent in the paratriathlon and is considered to be a 2020 Tokyo Paralympic Games hopeful. Having experienced adversity first hand, Hannah has developed into a strong and driven athlete who is able to take on any challenge that life throws at her.

In 2016 Hannah’s life changed forever, all due to a simple routine procedure on an ingrown toenail. The procedure left Hannah with horrendous side effects, eventually being diagnosed with Complex Regional Pain Syndrome. This condition left Hannah with persistent, severe and debilitating pain in her foot. Eventually, Hannah could take the pain no longer and opted to have her leg amputated privately, costing £5000. This turned out to be the best decision for Hannah, and after recovery, she took up sports finding particular talent in the triathlon.

Hannah made her debut in the world of triathlon at the Eton Dorney Paratriathlon World Cup. This competition confirmed her love for the sport and she hasn’t turned back since, going on to compete in a number of other competitions. In 2018 she made her first great achievement in triathlon, competing in the 2018 ETU Triathlon European Championships. At the championships she delivered an impeccable performance, taking home the title of European Champion and the gold medal.

In 2018 Hannah also competed in the British Paratriathlon, where she claimed another gold medal and the British Paratriathlon title. Later in 2018 after delivering great performances, Hannah had the opportunity to compete in her first World Championship. Hannah finished off her triathlon season being crowned World Triathlon Champion. 2019 began with another win in her beloved sport, claiming her first World Series win at the World Paratriathlon in Milan. In June of 2019, she was top of the podium again, claiming gold at the ITU World Triathlon Series in Montreal. This race was prominent for Hannah, as she crossed the line in the fifth position during the race for Paralympic qualification. Hannah finished her 2019 season claiming her second World Champion title during the 2019 Switzerland World Championships.

It is evident that Hannah is a dedicated and hard-working sportswoman. With a past tainted by adversity, Hannah does not let that stop her and instead takes adversity in her stride, using it to continually improve and progress. With the hope of appearing at the 2020 Tokyo Olympic Games, Hannah is perfect as an Olympic speaker for a range of corporate and sporting events. Able to cover topics such as overcoming adversity, drive, determination and sharing her story of Complex Regional Pain Syndrome, Hannah is guaranteed to leave a lasting and impactful impression on any audience.