British rowing champion and Olympian Helen Glover, was the first British woman to win an Olympic Champion title in the sport. Getting her gold medal at the 2012 London Olympics, this Olympic speaker is renowned for crossing the line well ahead of the pack. As a speaker, she shares the skills essential to compete and succeed at an elite level. For audiences, such skills in peak performance and self-motivation can be easily transferred to the world of business.

Helen Glover
British rowing champion and Olympian Helen Glover, was the first British woman to win an Olympic Champion title in the sport. Getting her gold medal at the 2012 London Olympics, this Olympic speaker is renowned for cross 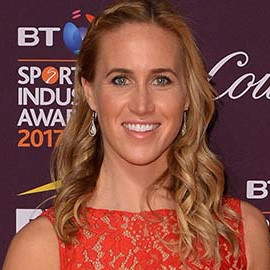 The next couple of years saw Helen repeating her success over and over, winning no fewer than eight competitions in 2014 and seven in 2015. In 2016, Helen won gold at the 2016 Poznan World Rowing Cup, the 2016 Brandenburg an der Havel European Championships and the 2016 Rio de Janeiro Olympic Games. At the top of her game, Helen is an expert in maintaining focus while under immense pressure.