British freestyle skier and Olympic speaker James Woods has already acquired several fistfuls of medals. Having won well over ten medals throughout his wonderful career, Woods is no stranger to success and often talks about achieving goals and maximising success. 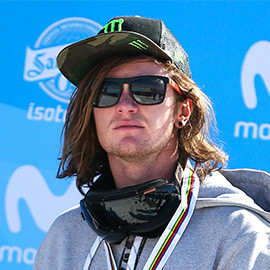 The Winter X Games is where Woods has been most dominant, winning a gold medal in the big air event in 2017. Woods also has an additional three bronze medals in the Winter X Games, which came in 2013, 2018 and 2019. His recent successes have seen Woods rise through the ranks and he is now regarded as one of Britain’s best freestyle skiers.

Unfortunately, due to a serious hip injury, James was unable to win any medals at the 2014 Winter Olympics but the Olympic Speaker went on to win several medals in the slope style and the incredibly demanding Big Air. In one of his Freestyle Skiing World Cup jumps, James famously landed and finished the course on one ski, his other flying off at the last jump.

He makes ski jumping with multiple summersaults so amazingly easy and carries this confidence and style through to his presentations, which audiences lap up. As a speaker, Woods often discusses his wonderful sporting career but delves into vital topics such as peak performance.