Jayne Torvill and Christopher Dean went from being an insurance clerk and a police constable respectively, to wowing the world and becoming genuine Olympic legends in 1984. Now highly sought after Olympic speakers, the pair achieved perfect 6.0 marks from all judges at the Winter Olympic Games for their performance of Ravel’s Boléro, an event that has gone down in ice-skating history.

Torvill & Dean
Jayne Torvill and Christopher Dean went from being an insurance clerk and a police constable respectively, to wowing the world and becoming genuine Olympic legends in 1984. Now highly sought after Olympic speakers, the p 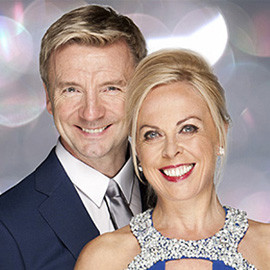 With 16 gold medals to their name, Torvill and Dean have reached the pinnacle of their sport in every major tournament, including the British Championships, The European Championships, The World Championships and, of course, the Winter Olympic Games. The pair now spend a lot of time as speakers on the after-dinner circuit, they discuss their monumental skating careers and reflect on achieving goals and dealing with pressure.

The Olympic speakers’ home town of Nottingham is so proud of the innovative skating duo, that the UK’s National Ice Arena is fronted by Boléro Square and there are streets named after them near the city, these are Torvill Drive which leads on to Dean Close. They built a wonderful legacy and are considered true legends within ice skating, they’ve inspired thousands across the world with their wonderful careers.

Since retiring, the Olympic speakers have worked as choreographers and coaches and taken part in many TV shows, including Dancing On Ice and Torvill and Dean’s Dancing On Ice. They work fantastically well together which makes them a wonderful team, they can inspire audiences of any size with their knowledge and experience.