Olympic Speaker Beth Tweddle MBE is the most successful British gymnast, male or female, in the history of the sport. She is also the first female gymnast from Great Britain to win a medal at the European Championships, World Championships, and Olympic Games.

Beth Tweddle
Olympic Speaker Beth Tweddle MBE is the most successful British gymnast, male or female, in the history of the sport. She is also the first female gymnast from Great Britain to win a medal at the European Championships, 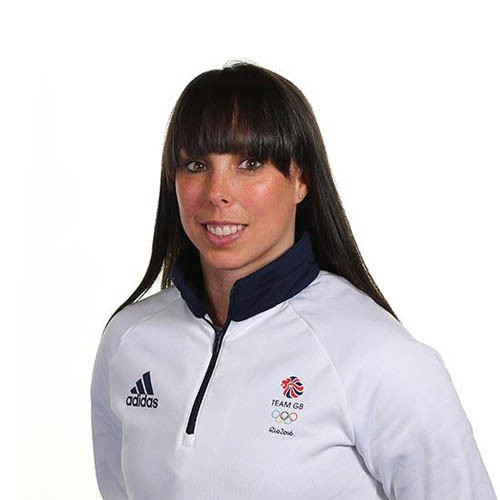 A testament to her passion for competing, Beth is also a popular event host and speaker due to her international fan base. If her gymnastic career wasn’t enough, Beth’s likeable onscreen personality and successful media career set her apart as a speaker. She began competing in gymnastics at the age of seven. In 2001, she turned professional, her first pro-competition being the 2001 Belgium World Athletics Championship. It wasn’t long before the medals began to stack up for Beth, as she claimed three Commonwealth medals – one gold and two silvers – in 2002, a European bronze in the same year and a world bronze in 2003.

All in all, she has earned an impressive 14 gold medals throughout her career, alongside eight silvers and six bronzes. Beth made history for Britain during her time in gymnastics. In October 2006, the Olympic Speaker became Britain’s first-ever gymnastics World Champion. To take the title Beth won the uneven bars event with an outstanding score of 16.200, at the 2006 Denmark World Championships. In 2012, she ended her career on a high by clinching the one medal that had eluded her throughout her time in gymnastics – she finally obtained an Olympic medal in front of her home crowd at the 2012 London Olympic Games.

Beth is now recognised as a role model for the next generation of Olympic gymnasts, and is resolute in her quest to help others achieve their goals. Achieving peak performance and realising ambitions are just two subjects that Beth discusses as an Olympic Speaker, showing the depth and quality of her presentations. Since appearing on the popular ITV show, Dancing on Ice, Beth has charmed the nation with her humble sincerity and endearing personality, proving she’s a true champion in whatever she turns her hand to.

"Everyone was engaged and loved hearing what she had to say and she was super easy to deal with on the night. It was very cool that she brought her medal"

"Beth was great! Very down to earth and easy to work with. She connected well with our audience and her keynote was very inspirational"